15% off our iconic Jekyll and Hyde Polo Shirt 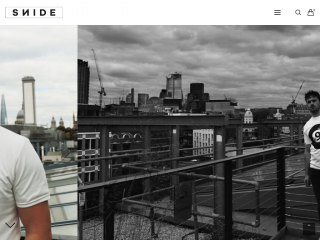 Snide’s director, Rob K was returning from his myriad travels, this time from China. He decided to treat himself to a new watch. It led to the creation of the perfect brand for the zeitgeist of 2020.

Rob paid £500 for a “Breitling Aviator”. He knew it was a copy but he also knew that a £500 watch in China would be of the highest quality. A couple of months later, and back in the UK, he was somewhat taken aback to see his watch informing him the date was the 41st of January!

An idea was born. Snide is aimed at customers who care about how they look, enjoy spending money on superior brands, and yet are keen to let the world know they don’t take themselves too seriously. They are sophisticated but have a sense of humour and a sense of irony.

The brand is a parody of fake items from the Far East. Snide is the slang for a fake in London and they are also sometimes called “Jekylls” (Jekyll and Hydes = Snides).

Our tag line is Never Knowingly Right (with apologies to John Lewis) and the designs all feature a small, very subtle mistake. These mistakes, although often not nearly as understated, can appear in fake goods as their manufacturers are not au fait with the English language or Western culture.